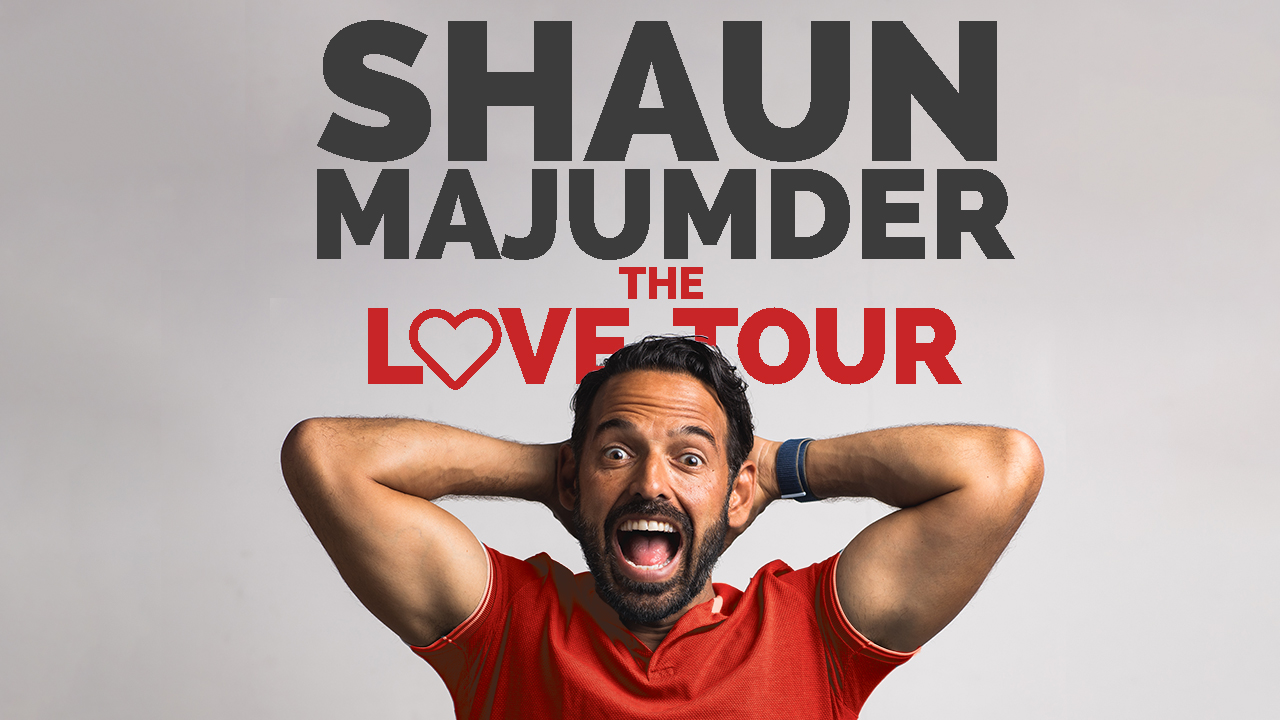 Shaun Majumder “The Love Tour”
In 2019, beloved comedian and performer Shaun Majumder brought his complex and timely HATE Tour to Atlantic Canada. Now the new dad flips the narrative with his new LOVE Tour.
He is an absolute comedy star, riveting and hilarious.

From Burlington, Newfoundland, Shaun has starred in shows like “Cedric The Entertainer Presents” on Fox, The Farrelly Brother’s Comedy “Unhitched,” NBC’s “The Firm,” and ABC’s critically acclaimed “Detroit 187” and a cast member of This Hour Has 22 Minutes for nearly a decade. Most recently he’s hosted “Race Against the Tide” on CBC and the new sci-fi horror series “From” airing now on EPIX.

Shaun is currently writing and developing projects for both Film and TV and is living in Los Angeles with his beautiful wife, Shelby Fenner, their two Boston Terriers and their two daughters, Mattis Maple and Eslyn Willow.

To purchase tickets please visit or call the Eastlink Events Centre box office at 709-466-4105 ext 222 or online at www.eastlinkeventscentre.com. If you do not reach someone right away, please leave your name, phone number and the number of tickets you would like to purchase, and a Box Office attendant will return your call ASAP.